Following the worship service at Tree Planted by the Water Church of the Nazarene, Pastor Kim and his wife took me on a tour of the area. One of the sites we saw was Ilsan Lake Park, which is one of the largest man-made parks in Asia. “The park offers visitors a lot to see and do including the Riverside Square, artificial islands, a 4.7 km bike path, children’s play ground, natural experience site, musical fountain, 100 species of wild flowers and a dense forest with 200,000 trees.”1

It was a beautiful day to walk through the park where there were many families enjoying the park and nice weather. Around the lake is a walk/bike path with several areas to enjoy as you walk. We didn’t walk around the whole 4.7 km path around the lake, but we saw much of the park. Here are some pictures of from our walk, the pictures that have me in the were taken by Pastor Kim’s wife (thanks!): 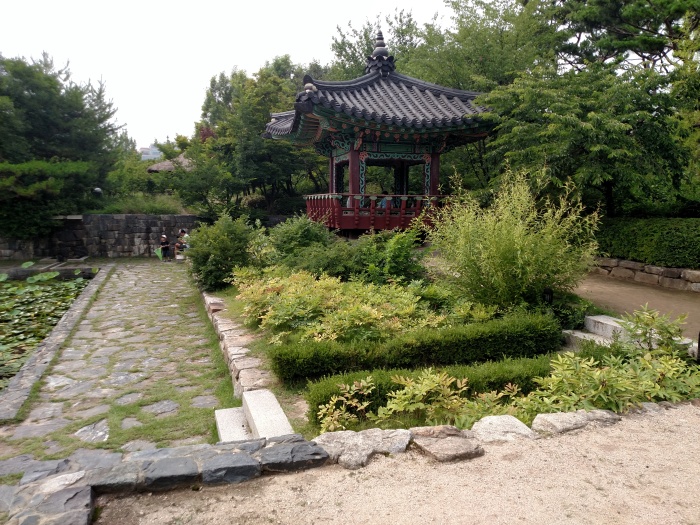 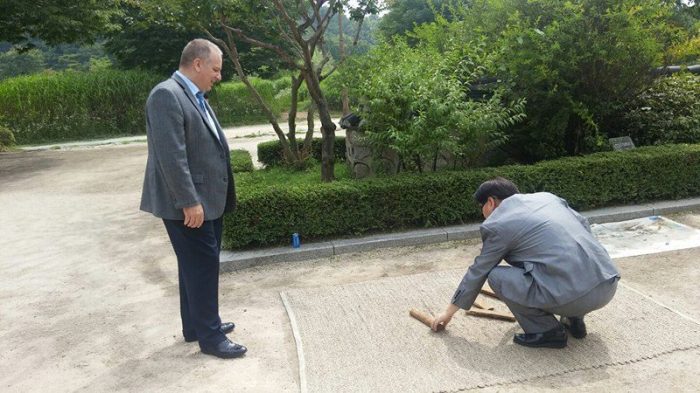 John is showing me how to play Yutnori,  which is “a board dice with four wooden sticks, is one of the most popular traditional games of Korea and is usually played on the first day of the New Year by two players (or teams). Each player (or team of two players) takes turns throwing yut sticks. Each stick has two sides (round and flat), which makes the stick roll. Five combinations are possible with yut sticks: do, gae, geol, yut and mo. A player achieving a yut or mo is allowed to roll again. If a board piece lands on a space occupied by an opponent, it is returned to the start and the player goes again. If a piece lands on a space occupied by one’s own team, the pieces can go together (counting as one). The combinations determine how the board pieces are moved, and the team which moves all four pieces around the board first wins…”2 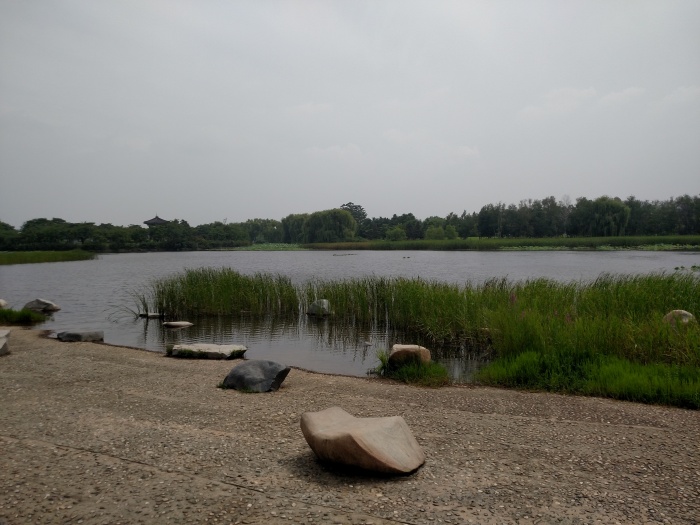 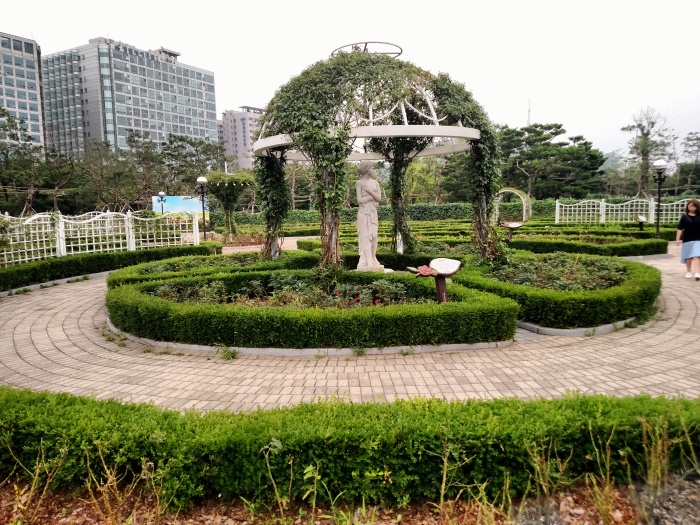 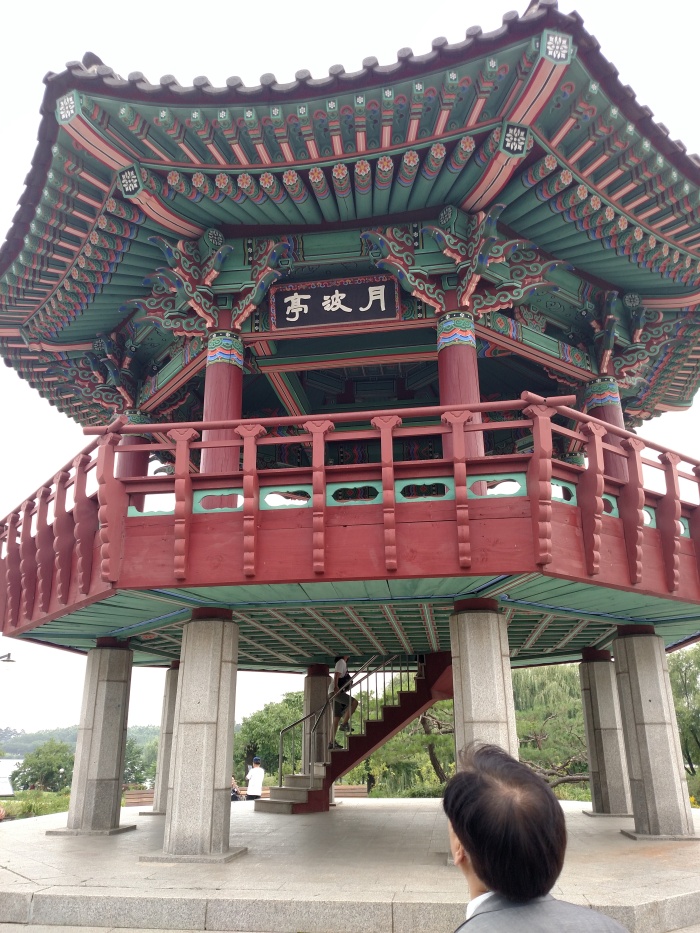 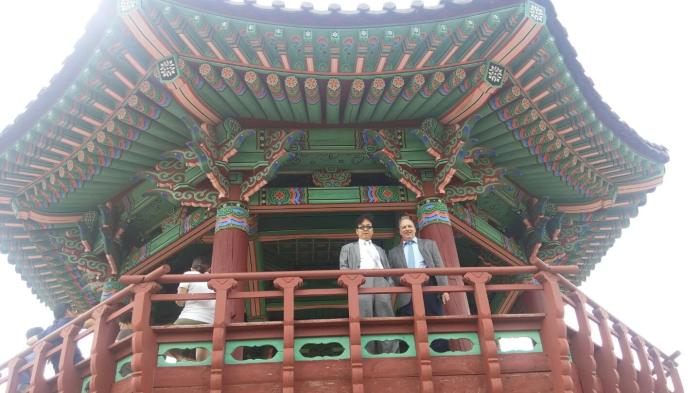 One of the attractions of the park is a small cactus display in a nice greenhouse: 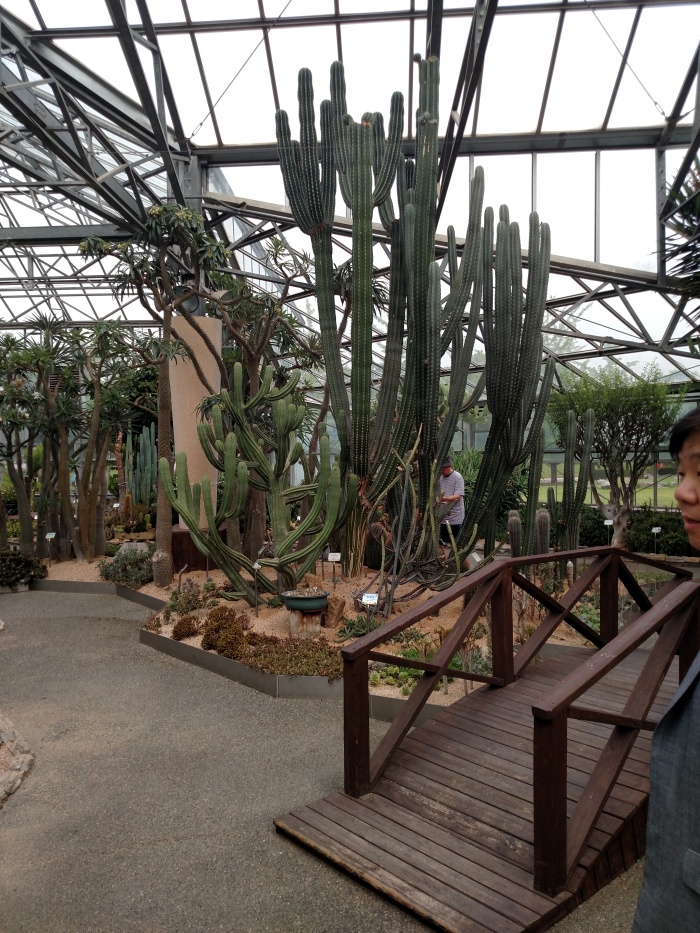 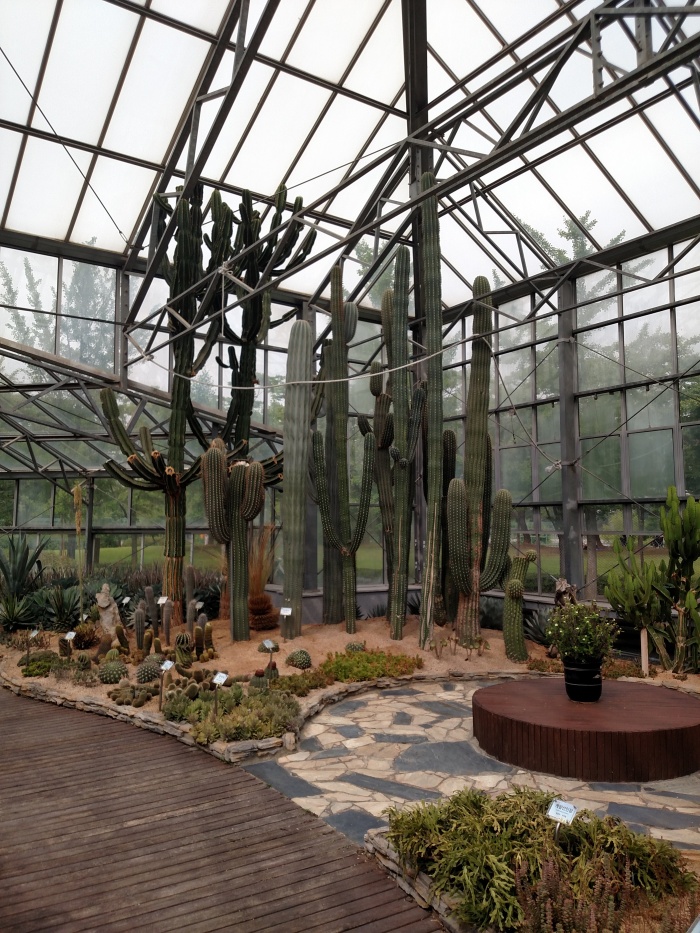 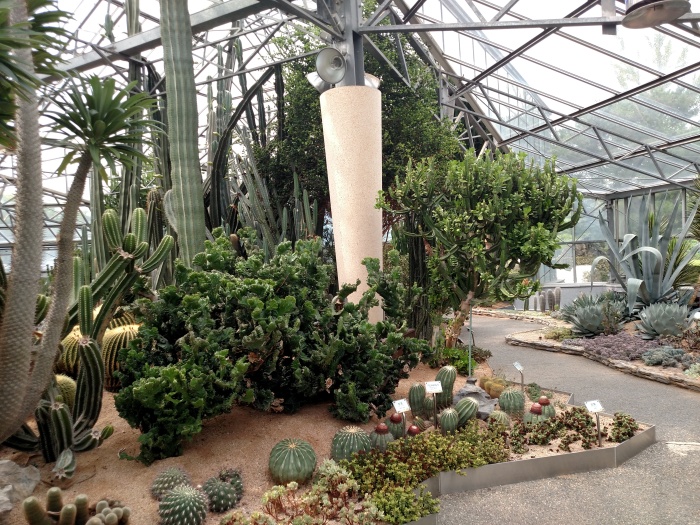 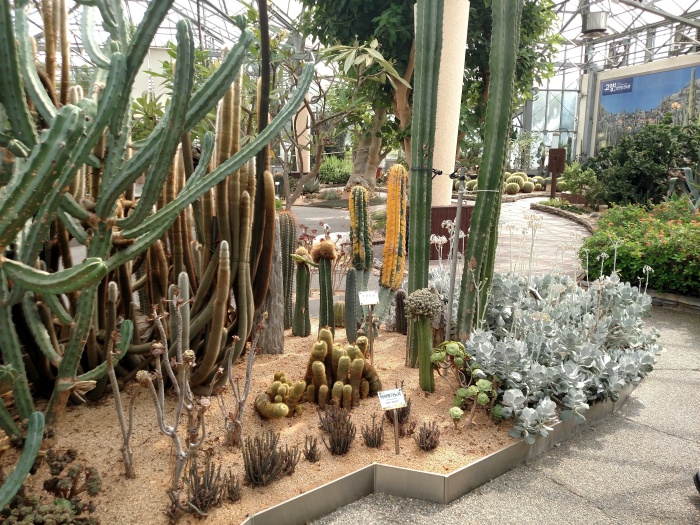 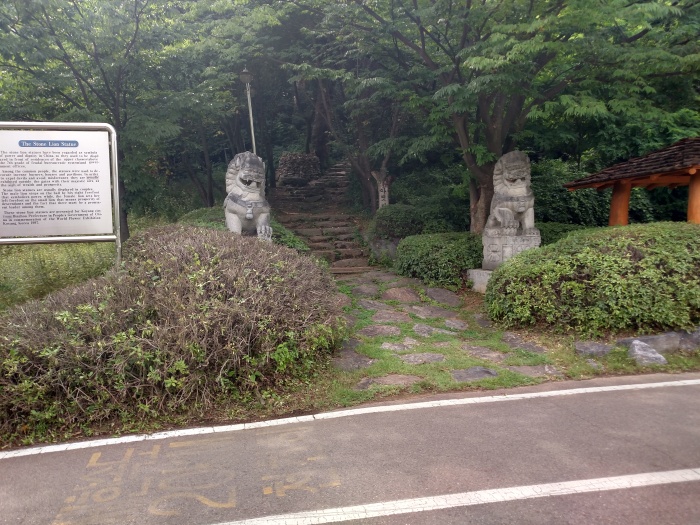 The stone lion statues have been regarded as symbols of power and dignity in China, so they used to be displayed in front of residences of the upper classes (above the 7th grade of feudal bureaucratic system) and government offices.

Among the common people, the statues were used to decorate incense burners, houses and pavilions. In order to expel devils and avoid misfortunes they are usually exhibited outside the gates with their majestic airs, as the sign of wealth and prosperity.

Stone lion statues are usually displayed in couples. The male lion steps on the ball by his right forefoot that symbolizes power, while the female lion sets her left forefoot on the small lion, that means prosperity of descendants and the fact that there must be a prominent leader among them.

These stone lion statues are presented for Koyang city from Binzhou Prefecture in People’s Government of China in commemoration of the World Flower Exhibition Koyang, Korea 1997.

The city of Qiqihar in Heilongjiang Province, People’s Republic of China, has constructed and is donating this Hakgoejeong (a traditional Chinese pavilion), to its sister sity of Goyang in Gyeonggi Province, Republic of Korea, to reinforce the friendly relationship and to celebrate the opening of the World Flower Exhibition Goyang 2000. “Hak” stands for Danjeonghak which is the city bird of Qiqihar, “Goe” stands for roses which are the city flowers of Goyang, and “Jeong” for a pavilion. This Northern Chinese traditional style pavilion represents the long history of cultural exchanges between Korea and China at the same time. The pavilion, situated in Lake Park surrounded by beautiful flowers, symbolizes wishes of peace, happiness, development and prosperity for the both cities of Qiqihar and Goyang. The granite stylobate of two steps shows the friendship of the two cities is as firm as a rock and the paintings of Danjeonghak and roses decorating its eaves amplify the splendor.